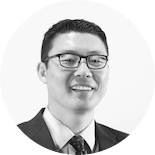 is the Senior Minister of Citylife Church in Boston, MA; teaches at Gordon-Conwell Theological Seminary; and is Associate Training Director with Redeemer City to City. He is the author of Why Cities Matter.

Stephen grew up under the influence of Confucianism—and describes his teenage self as a “lost, wandering, pseudo-philosopher”.  An illness in the family during Stephen’s Senior year caused him to start contemplating the big issues of life. At his mother’s suggestion, he went to a Christian conference. There he heard the gospel and understood for the first time that he was a sinner in need of God’s grace, and unable to save himself. It was then that Stephen committed his life to Jesus.

Stephen is a council member for The Gospel Coalition. He also works with Redeemer City to City to train pastors across Asia to put the cross at the center of their preaching, and the gospel at the heart of all aspects of church life.

Stephen is Senior Pastor of Citylife Church in Boston—a racially mixed congregation seeking to reach urban people from many different socio-economic backgrounds. Stephen believes that if a church is truly shaped by the gospel, it will be intentional in being involved in acts of mercy to those in need—and it’s this commitment that has informed Gospel Shaped Mercy.